Preposition Connections We could use relation operators for the prepositions, have them driven logically by the relations involved. The preposition connection inherits the relation timestamp. The preposition connection follows the relation connection. But this isn’t right. The money stays on the table after the person puts it there, and after the person has beetled off. It has to be a change of state, which remains until changed by something else. A LATCH should do – an incoming True sets the output True – it fades away, the output stays True (and remembers when it was set). An incoming False with no incoming Trues sets the output False. (this does not apply to a verb/preposition pair, such as “he puts on an act”) Then When the money goes into his bank account, it ceases to be on the table, and it changes from a physical object (banknotes) to an abstract object (an account entry). Is there a simpler way to do this? Probably not, if we want the workings to be accessible
Post a Comment
Read more
February 01, 2021
The Future of Problem-Solving: why we need help and where it will come from   The Human Condition For millennia, humans have used creativity and ingenuity to tackle problems of increasing complexity. First we developed more efficient ways of meeting our biological needs: tools for hunting, weapons and shelter for safety, and farming practices for convenience. We extended our lives with increasingly researched and revised medical practices, and developed more advanced and faster modes of transport and communication. We also created extensive education systems to further improve our ability to do all of this. More recently, the advent of computer technology has enabled refinement of pretty much every existing invention. From CAD programs used in architecture, to safety and navigation features in cars, and instantaneous global communication via the internet, among countless others. All of which serve to make up for human shortcomings in some way. Despite our enterprising natur
Post a Comment
Read more
November 25, 2020 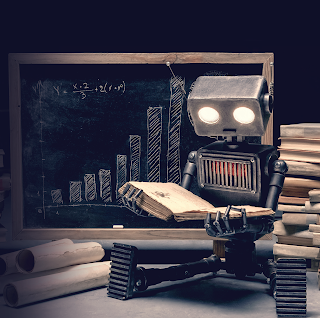 June 07, 2020
Comparing Human Collaboration with Cognitive Machine Collaboration We have compared problem solving using human collaboration with problem solving using Cognitive Machines in an article . We are not there yet in being able to do this with our cognitive machine, but exploring the possibilities helps to guide development, and forces us to consider how really big cognitive networks will need to operate in the presence of other such networks..
1 comment
Read more

Going To The Next Stage

May 16, 2020
Going to the Next Stage We have been looking at how we build on the dictionary definitions and have put together some thoughts in a presentation .
Post a Comment
Read more

Improved Outcomes with the assistance of Cognitive Machines

Improved Outcomes with the assistance of Cognitive Machines Introduction Throughout history, people have been designing tools to compensate for human limitations and allow them to perform feats otherwise beyond our natural capabilities. To make up for their lack of speed and stealth, humans invented boomerangs, arrows, spears and nets for hunting. Due to lack of strength, humans developed picks, axes, shovels, hammers, cranes and diggers for construction and farming tasks. Spectacles were invented to compensate for malfunctioning human eyes and telescopes and microscopes were invented to extend the range over which we can see. We have even developed tools such as x- ray, ultrasound and infrared imaging to see the otherwise invisible. To extend the distance and speed over which we can travel, the wheel, bicycles, aeroplanes and spaceships have been developed. And to overcome our limited memory for numbers and speed of performing calculations, humans developed the abacus, pocket c
Post a Comment
Read more
March 31, 2020 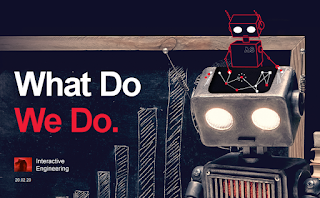